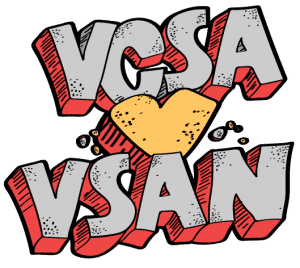 Caution. This method poses risks and requires thorough preparation. Anyone who is in doubt here should definitely contact VMware support.

Phase 1 – Getting cluster in proper condition

This phase could also be referred to as “pulling the skeletons out of the closet”. The prerequisite is a stable and compliant vSAN cluster. Even if the vCenter instance is faulty or damaged, all nodes must communicate without any problems. All object synchronizations in the background must be completed.

In the presented case, no reliable statement could be made from the vSphere Client, so the diagnostics had to be carried out on the CLI.

The command above lists all kernel adapters that are responsible for vSAN traffic.

As an alternative, you can also use a the simple vmkping command.

It is essential to test the communication with all neighboring hosts in the cluster.

It is important to note the number of cluster members listed here.

The cluster, which was originally oversubscribed, was brought to a stabilized state (green) by provisioning two more hosts. It is now in a healthy state and the migration of the hosts can begin.

The target vCenter must have at least the same build level as the source vCenter or higher.

If encryption was enabled on the source side, the target vCenter must also be connected to the KMS and a trust must be established with the identical cluster ID.

Sometimes it is not obvious from the GUI which cluster features are enabled. In my above case, the parameters were not identifiable from the vSphere client. Again, we need to query the CLI. The code below is a one-line command.

The command above displays on the CLI a table with active, or inactive cluster properties like deduplication and compression or encryption.

Check policies in use

There can be a large number of storage policies in a vSAN cluster. However, only the ones that are actually in use are of significance.

Only policies that have been applied to an object will be returned.

You can export all policies with a PowerCLI command.

After transferring the storage policies, the distributed vSwitches must also be exported and imported to the target.

We now export the vDistributed Switch (vDS) settings from the source cluster.

The configuration of the switch will be downloaded to the client as a ZIP archive.

The transfer of the host to the new vCenter is carried out one at a time. To keep the vSAN cluster intact in the process, we need to put it in protected mode. ClusterMemberListUpdates from the vCenter are ignored from now on. Meaning, no host is going to leave the cluster and no host is going to be added. This is a crucial point, because we will remove hosts from the source vCenter one by one. Under normal conditions, this will result in member list updates by the vCenter to the remaining hosts and would split our cluster. Therefore, we instruct the hosts to ignore these member list updates coming from the vCenter.

In order to do this, either execute the command shown below on each host, or activate it globally in the cluster via using PowerCLI.

We can use PowerCLI as an alternative. You need to adjust the name of the vSAN-Cluster (here: vSAN-Cluster).

If executed successfully, the PowerCLI command returns one row of results per host.

Before we start the host migration, DRS in the source cluster should be set to either semi-automatic, or manual.

A final check on the cluster’s health is always a good idea, and a complete backup must also be in place. After all, we are migrating a vSAN cluster under all sails. Even with the most carefull planning, the following holds true:

“The force of shit happens will be with you – always”.

The following procedure is executed with each host one after the other. The sequence is marked with sequence start and sequence end.

We will disconnect the first host from the source vCenter, acknowledge the warning and after the task is complete, remove the host from inventory.

In target vCenter we’ll select the datacenter object (not the vSAN-Cluster!) and add the host.

At this point, it is recommended to check the vSAN network connectivity to all hosts residing in the old vCenter.

Our vSAN network communication remains functional even though the vDS in the new vCenter is still empty. This is because a distributed vSwitch creates “hidden” standard vSwitches on each host. These move with the host and remain active. In order to be able to manage and monitor the vDS properties of the host in the future, we add it to the imported vDS.

Repeat this procedure with each host until they are all in the new vSAN cluster.

Once the transfer of all hosts is complete, we can exit the protected mode that we had enabled from the beginning. This can be done either individually on each host, or centrally via PowerCLI.

The alternative PowerCLI command is practically the same as the one at the beginning. The only difference is that the value is set to 0 (= disabled). Adjust the vSAN cluster name accordingly.

After completing the action, two vDS by the same name can be found on all hosts. One holds the hosts and port groups, the other is a leftover from the transfer and can be deleted.

All hosts were migrated to the new vCenter. During this process, all VMs were available without interruption.

It’s important to have a viable backup plan B (and perhaps a plan C) in addition to your plan A. Changing conditions or hidden constraints may require a change of strategy. If you are forced to abandon the silver bullet, an alternative approach that has been developed provides additional security.