I already discussed the initial version of this plugin in https://www.elasticsky.de/en/2020/06/veeam-storage-plugin-for-datacore-deepdive/.

The cosmetical “1970” bug mentioned in the blog post above has already been fixed in an interims release. With V1.2.0 now we get full CDP support. CDP in this context does not relate to Veeam’s functionality of the same name. DataCore maintains a feature with this acronym for at least 10 years already.

The first installation of the plugin is pretty straightforward and was also discussed already. To update your installation, the new version of the plugin can be installed on top of the old one. Just disable all jobs beforehand and wait for VBR to become idle. The installer will replace the plugin files within the path.

Once installed and configured, VBR will detect all CDP rollback points you create from the DataCore console right away and will let you do all recoveries as with common snapshots. The difference is, that you do not need to have any snapshot schedules. Just enable CDP for your volumes. Only when necessary, create your rollback to the exact moment in time needed. Could e.g. be just a few seconds BEFORE the ransomware started to encrypt your fileserver. This allows to lower your RPO for all VMs to a few seconds.

The amount of time you can rewind depends on your license within DataCore on one hand and the size of the history buffer you reserved on the other. I would strive for at least 8h here, to allow for rolling back a regular working day. But more is even better of course. For a 24h buffer you would have to reserve your daily change rate as a history buffer at least. So have some extra disk space ready.

An “Expire Rollback” will automatically be disposed, once the rollback point in time moves out of this history buffer. This could of course be dangerous in a recovery scenario, as you would all of a sudden loose the valuable restore point. Maybe right in the middle of a recovery. This is why in the default settings only a “Persistant Rollback” will be detected by Veeam. But this can be changed of course. Read about the details in this whitepaper.

I would though recommend to stick with only detecting “Persistant Rollbacks”. Those rollbacks should preferably only be used with mirrored volumes. Here a rollback will still be secured once it reaches the end of the history buffer. Now the productive volume on the side of the history buffer will be disconnected. With a mirrored volume this will result in a volume running from only one side of your cluster. But your VMs will be available and so will the rollback point.

One should plan for CDP accordingly. Have an independent disk pool for your history buffer to minimize performance penalties. This buffer should offer the same performance rate as the productive pool does. I would recommend 32MB as a SAU (Storage Allocation Unit) size for the buffer pool. For the productive pool I usually stick to 128MB, though 1024MB is the default now. This enhances granularity for AST 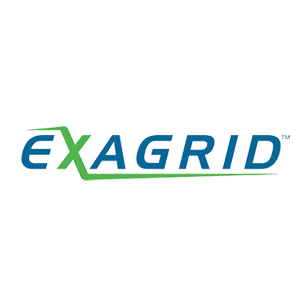 END_OF_DOCUMENT_TOKEN_TO_BE_REPLACED

Microsoft’s file system ReFS is around for some time now. Windows 2012 already brought us the initial version almost six years ago. Still we had to wait till Windows Server 2016 appeared to get the real killer feature – at least as far as its usage for Veeam backups is concerned.